This is the third post in a series of articles covering how I am building my pet project Boing, a scripting playground to create Amiga style cracktros.

In my previous post I described how the name Boing came to be and why I chose Löve2D to be the 2D engine I want to work with. This post covers my vision for Boing, my first contact with the Lua programming language and my first experiments with the engine.

What I want Boing to be

As I mentioned before Boing should be a scripting playground. I want to be able to write a simple script that completely describes a demo scene and feed it into Boing. Boing will then interpret and run the scene.

To run it, simply pass it into Boing from the command line: $ ./boing myscene.lua

Getting started with Löve2D is incredibly easy. It is literally just downloading the binary, creating a main.lua file and writing a simple love.draw() function that prints “Hello World” on the screen. Although it is geared towards total programming beginners the How to Löve Tutorial by Sheepolution helped me a lot to get the basics of both Löve2D and Lua.

Can this relationship work?

One major concern I had was packaging, distribution and loading scripts. To test this I created a simple main.lua file that parses the command line arguments for another file that it tries to execute.

I also created a test.lua file that just had a print command.

To my delight running it with love . testscript.lua actually worked and printed the line in the terminal window. A quick test packing up everything in a macOS app bundle yielded the same result. Nice! 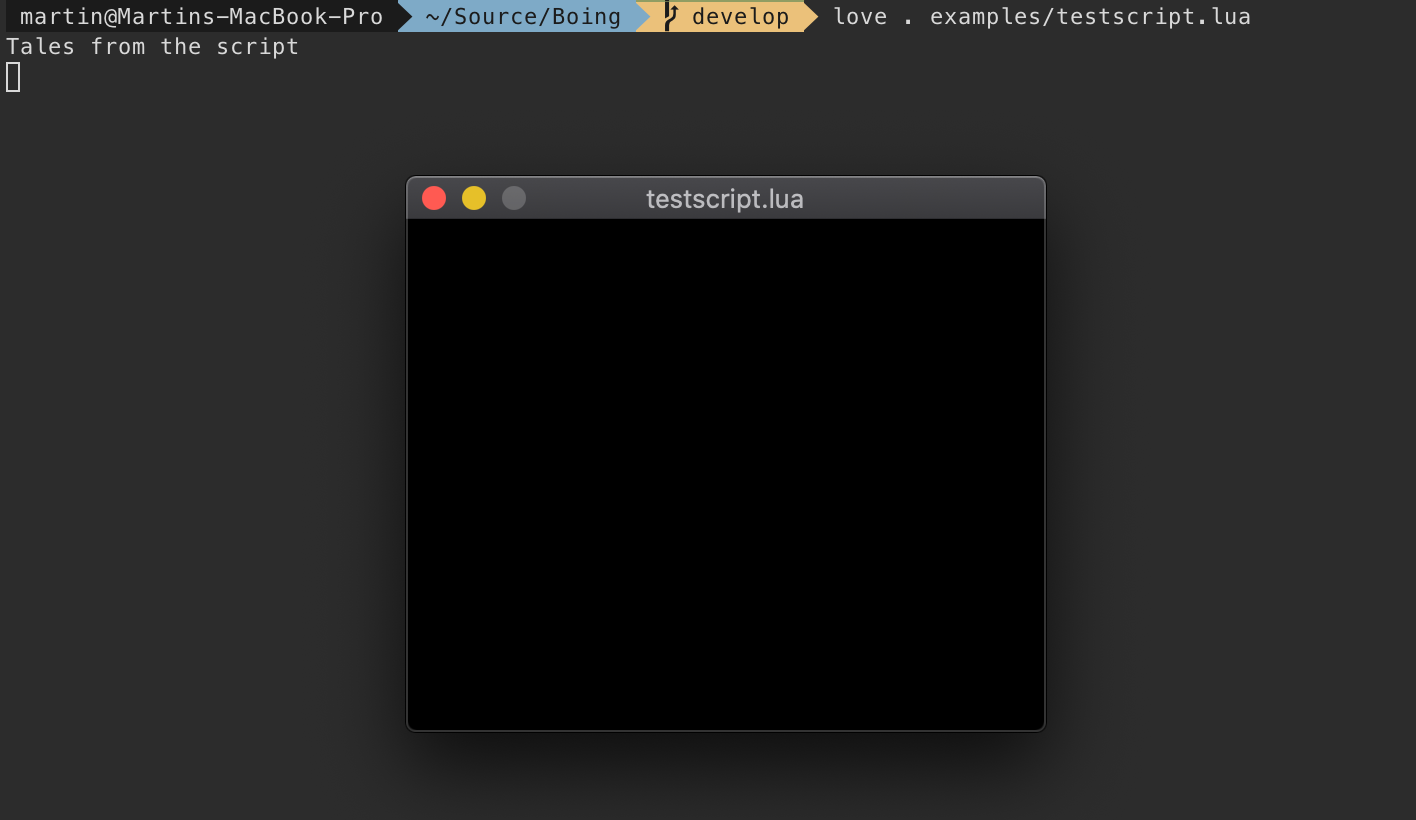 Next up will be implementing the basic architecture of Boing and coming up with a way to interpret a scene script.